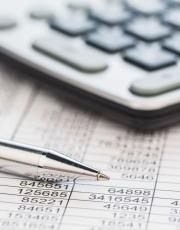 The Monetary Policy Committee of the Bank of England will sit down tomorrow to discuss, amongst many key financial matters, whether a cut to the Bank of England base rate is necessary. It was widely predicted in June that a cut would occur, given the shock the referendum outcome sent through the UK economy. However, a majority of 8-1 voted against such action, but minutes from the meeting confirmed that “most members of the committee expect monetary policy to be loosened in August.”

Part of this loosening process has been mooted in the form of further quantitative easing, a phrase that should be familiar to any studious watcher of the markets. The BOE have previously used the tool since the financial crisis of 2008, in a bid to stimulate the economy and to control inflation. The central bank purchases assets, often in the form of a government bond, with money that has essentially been electronically created for the purpose. The bank then buys bonds from banks and investors to put money back into the financial system, in a bid to stimulate and encourage financial institutions to lend and invest to drive the markets back to a positive position.

Given the relative success this provided in previous efforts to support the economy, many market commentators believe that the BOE are likely to lean on this method as a first course of action. Failing that, the next best solution is to cut the BOE base rate. The issue with this tactic has long been that the base rate has sat at a record low 0.5% for nearly two years, raising the question how much lower can this go?

Pre-Brexit, the occasional suggestion that the base rate may drop was often waived away as unlikely, given that the mortgage market was moving along at a steady pace and interest rates were already at record low levels. Now, with a weakened pound and a noticeably reduced level of activity in the property sector, expectations are that a base rate cut may be inevitable.

Before the central bank met in June the governor of the BOE, Mark Carney, had suggested that a base rate cut was highly likely over the summer months. This has added fuel to the belief that the MPC will move sooner rather than later on the decision. But does this mean that the economy would improve after such an intervention?

Former MPC member Kate Barker believes that a cut could have the opposite effect on the economy outlook. She feels that such a move would not improve household or business spending, but would deter such activity and damage bank profits and further weaken the pound. Commenting on the move, Barker said: “The economic implications of the Brexit vote would be better tackled by loosening fiscal policy.”

“My contention is rather that a cut in the present circumstances might actually prove negative for the economy . . . The economy is slowing — and the cry is for a confidence-boosting cut in the Bank rate. I fail to see why a policy move which will prove bad for the economy should have that effect.” Barker went on to state that a lower cost of borrowing would not aid the economy, as she feels that it would in fact disguise any improvement.