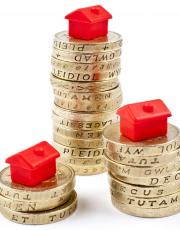 The Bank of England announced a cut in its base rate to a record low of 0.25% and has indicated a possible further rate cut later in the year.

In response, lenders are announcing changes to their variable rates.

The Bank’s governor, Mark Carney, said banks had “no excuse” but to pass on the rate cut.

However borrowers currently on their lender’s variable rate may have to wait as late as September to benefit from savings.

The difference is that with a tracker rate mortgage, lenders are obliged to decrease rates in line with the 0.25% decrease in the base rate. However variable rate mortgages such as a discounted rate or a standard variable rate (SVR), while generally following changes in interest rates, are set at the lenders discretion and therefore do not have to change or may but not by as much.

Simon Butler, Associate Director at Contractor Mortgages Made Easy said: “Almost a third of borrowers are currently sat on the standard variable rate. This is the rate your mortgage reverts onto once your initial deal such as a fixed or tracker rate has expired.”

“Banks should feel pressure to pass on the 0.25% rate cut but ultimately whether your rate is cut depends on your current lender.”

“With a variety of competitive fee-free products on offer it makes sense to explore these options rather than sitting on the lender’s standard variable rate.”

Some examples of 2 year fee-free tracker products that beat the lender’s current SVR: