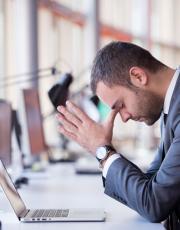 Did you know that in the past few years more people than ever before have made a conscious decision to become self-employed? In fact, in a recent study it was found that as many as 50% of the UK’s working population will be working in some sort of freelance capacity by 2020.

This self-employed segment of the labour market is growing faster than any other sector, and if this growth continues for the next 5 years it’s predicted that as many as 1 in 2 will be working for themselves by the end of the decade.*

People choose to go it alone for many different reasons, but our research has found that many independent professionals have a number of the same things in common. A long-held ambition to be their own boss, a need for flexibility to work as and when they please, or the simple desire to achieve a better work-life balance, being three of the most often stated reasons for choosing self-employment.

Self-employed mortgages. Why it matters what you call yourself.

What many independent professionals don’t share however, whether they work in IT, the financial sector or the creative industries, is what they call themselves when they’re working.

What you decide to call yourself is vitally important when it comes to successfully securing a self-employed mortgage because it can have a significant impact on the outcome.

In a recent in house Case Study, we found that Alan who had previously approached a well-known high street lender for a new mortgage had referred to himself as a “freelancer” and subsequently had his application declined as a result.

When Alan got in touch with us at Contractor Mortgages Made Easy after searching online using the terms “self-employed mortgages” and “small business owner mortgages” our adviser was able to help by recommending to Alan that he refer to himself as a “contractor”.

After taking the time to get to know Alan and by looking at the nature of his work we were able to help him finally get his mortgage. Perhaps we could do the same for you?

“Essentially we ended up getting a contractor mortgage. That was our way in. We had to sort of define ourselves differently to what we would have…It was difficult at first for us to try and get a mortgage because of that. The financial community group you into categories and if you don’t fit into one of those categories you often get penalised or punished.”