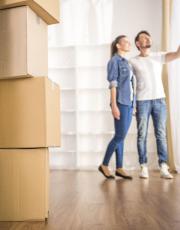 While surveyors initially suggested that the result of the referendum would not instantly impact property valuations, the Royal Institution of Chartered Surveyors (RICS) has moved to propose a specific clause for its members to utilise, that provides professional reassurance for surveyors when providing a property valuation.

RICS have raised the notion that its members should be recognising uncertainty in the housing market since the UK voted to leave the European Union. In an official release to its members, the organisation has provided specific wording that surveyors are entitled to use to complete valuation reports.

As per the corresponding statement RICS have provided, the body stated: “As the process for exiting the EU is a long one, markets may remain uncertain for a protracted period of time, in which case valuers must continue to sound a cautionary note about the potential for longer term outcome uncertainty. At this point it’s important to give thought to wording that might be appropriate for your reports in this immediate post-referendum period.”

If the guidance is followed by its members, it is likely that all valuations now provided by a RICS Certified surveyor will now contain the following wording: “Following the EU referendum held on 23 June 2016 concerning the UK’s membership of the EU, a decision was taken to exit.  We are now in a period of uncertainty in relation to many factors that impact the property investment and letting markets.

“Since the referendum date it has not been possible to gauge the effect of this decision by reference to transactions in the marketplace. The probability of our opinion of value exactly coinciding with the price achieved, were there to be a sale, has reduced.”

“We would, therefore, recommend that the valuation is kept under regular review and that specific market advice is obtained should you wish to affect a disposal.”

Despite providing the option for surveyors to make use of the statement, RICS have officially stated that its member will not be forced to use this clause when providing a report. The organisations own website specifically notes that activity in the property market has noticeably improved during the months after the vote, suggesting that surveyor’s may “wish to consider if the use of a clause highlighting uncertainty is any longer necessary or appropriate”.

The valuation director for RICS, Fiona Haggett, affirmed that RICS will not enforce the use of the statement. She said: “We don’t spoon-feed our valuers. It is their job as a valuer to make that professional judgement. We just said ‘this is a standard paragraph being used by some of the big London valuation houses, which you may choose to use, but it is your own judgement.

“We don’t want to be imposing that clause on all valuation reports and effectively stopping lending. It’s in nobody’s interest for us to cause the market to crash because lenders are frightened to lend because valuers are putting in a clause because the RICS says they must do it.”

She also went on to say that mortgage lenders are not in favour of the statement, with concerns about their position when it is applied. Haggett noted that: “The feedback I had from the lenders was they did not like this. I can see why. I had one lender say ‘I can’t sue a valuer on this. It isn’t valuers trying to watch their backs and not be sued, it’s them taking responsibility and saying ‘I am still going to hang my hat on my valuation’.”