In the summer budget George Osborne announced that tax relief on buy to let mortgage interest would gradually be reduced to 20%.

Starting from April 2017, Britain’s two million buy to let landlords will no longer be able to claim tax relief worth 40% or 45% of the interest payments on their buy to let mortgages.

However, this relief will not be completely restricted to the basic rate of 20% until the tax year of 2020-21. For the next 2 tax years – until the 2017-18 tax year – landlords can still get relief on the amount they pay tax on, by offsetting all finance costs from their rental income.

If you are a landlord and file a self-assessment tax return online, the new tax liability will be calculated for you automatically. If you fill in a paper tax return, there will be a calculator available to help you. 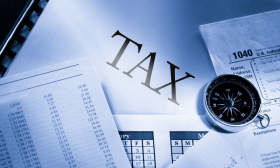 It is expected to have the largest effect on landlords with a mortgage that pay 40% or 45% tax rate, and basic rate tax payers that may be pushed into a higher rate bracket.

To summarise, tax will apply to the incoming rent– instead of the difference between the rent and the mortgage interest. This has caused concerns among landlords especially with the possibility of future interest rate rises.

However a petition to reverse the planned changes has surpassed 21,000 signatures.

Many landlords believe that they have been targeted unfairly and argue that the change may force them to sell many of their properties (and evict tenants).

To be considered for discussion in parliament the petition will need 100,000 signatures.

The Government responded by saying that only 18% of landlords can expect to pay more as a result of the changes.

A spokesperson said: “The Government is committed to a fair tax system so is restricting tax relief landlords can claim on property finance costs to the basic rate of income tax.”

What are your thoughts? Send us your comments on our Facebook or LinkedIn below.