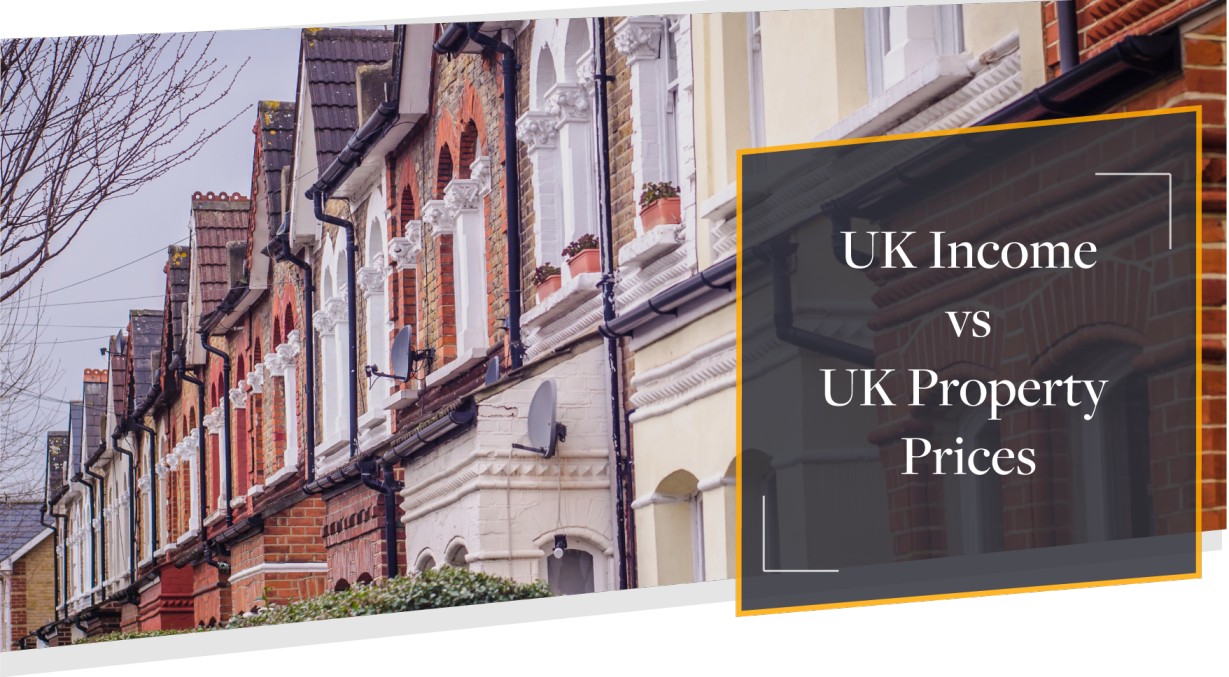 For years there has been a dispute over house prices rocketing but the average person’s income not reflecting that incline. Some feel that people should make more money while others would just prefer to see the house prices lower to an affordable rate. While both or neither of these things could happen, one thing that we can agree on is that over the last few years, there hasn’t been any sort of correlation between income and property price. However, we can’t just take peoples words for it, anyone can say anything. That is why we’ve taken to the government number to make sure that we’re right.

Data that dates back to 1997 shows the truth behind the average house prices and income throughout the years.

Property prices and Income in England

After seeing the astonishing amount that the property prices have grown over the years, we had to make something that made it easy to understand.

Taking a look at the data that the UK government and the Office of National Statistics (ONS) publish for use to look at shows the average (median) house price in England in 1997 was a jaw-dropping £59,995. In wales alone, for the same year, the average house price sits at £47,000.

While you might be thinking that you wish you were born in another time, let’s take into account the inflation over that time. So; in today’s money that average house price of £59,995 translates into around £110,015. That’s still pretty good all things considered.

By updating the number to today’s standards and adjusting for inflation, the average income in England of £16,958 turns into £31,096 this number we won’t feel as bad for those earning a living back then.

So, the average house price sat at almost £60,000 and the average income comes in at £16,958 that would give us a median affordability ration in England of 3.54. This number is important for later.

In the most up to day version of the income vs house prices reports from the ONS, we can review the averages for 2018.

London, Now vs Then

London has been one of the most versatiale areas in the UK when looking at house prices. It has been home to some of the highest average house prices as far back as 1997 and still holds the title in 2018. While this isn’t surprising, you’d think that the income of those living and working in London would reflect one another.

However, as you can see from the graph above; London’s house price growth far out weights the growth of residents’ income.

Nottingham, Now vs Then

Looking at the data for Nottingham, the growth of houses prices over the years you can see that it isn’t as dramatic as other locations. However, when comparing this to the growth of the income over the same time period, the difference is quite shocking.

After reviewing all of the data, you can see that there is a lot of room for the average income to grow. The affordability ratios in England are rising and it is very rare that it ever decreases. This begs the question; are houses too expensive for the people of today?
The answer to this is a very individual one, services like CMME mortgages allow people to better understand how much they can afford to spend on a property. This is especially true for first-time buyers, they need all the help and guidance they can get and as you start your career as a contractor your salary may not be what it is in further few years.

“Fairview Estates is a 3-time award-winning, independent estate and lettings agent in Nottingham. They pride themselves on the fact that they can offer a personable experience and care about their customers rather than being a huge chain or big-named firm. Being local specialists they know the area inside and out so they’re confident they can help their clients no matter what.”