In a budget set to “put the next generation first”, the chancellor, George Osborne set out his plans for the UK’s public finances and tax for the years to come earlier today.

Contractors seeking to dispose of assets, such as stocks and shares and many other asset classes, will welcome the news of a planned reduction in the marginal rates of CGT, which currently stands at 18% for basic and 28% for higher rate tax payers.

A headline reduction to 10% and 20% respectively will make a huge difference to many contractors who invest in stocks and shares, and are looking to sell for a gain. 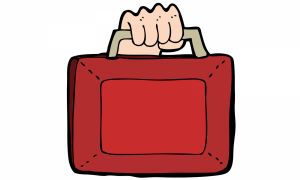 In a move which represents a win for all contractors, whether operating through a limited company or umbrella, Osborne announced a further increase in the tax free personal allowance for income tax to £11,500 from 2017 and also moved the threshold at which higher rate income tax becomes payable to £45,000 from next year too.

Despite growing concern that cuts or reforms would be made to pensions and Individual Savings Accounts (ISAs), the chancellor revealed a package intended to offer more choice, flexibility and a greater scope for savers without throwing the baby out with the bathwater. Pension contributions will remain unchanged in the year ahead, with the current annual limit of £40,000, but the lifetime allowance of £1.25 million goes down to £1 million from 6th April 2016. However in addition to pensions, a simpler and cheaper alternative hybrid pension ISA, called a Lifetime ISA, will be launched next year. Offering savers under the age of 40 a £4,000 annual allowance, the new LISA will benefit from tax free savings status and no tax on the withdrawal of funds. In a bid to encourage less sophisticated savers to take up the scheme and save for their retirement the government will top up the savings pot with £1 for every £4 deposited by the account holder.

Oil and Gas gets a welcome break

In a bid to shore up North Sea oil following the crash in oil prices, Osborne has announced the abolishing of the Petroleum Revenue Tax, which was previously cut from 50% to 35%, and a reduction in the supplementary charge for oil and gas companies from 20% to just 10%.